Since graduating cum laude in Musicology at Tel-Aviv University, Israel Golani has become one of Europe’s acclaimed lute, baroque guitar and theorbo players. His skills as a continuo player have led to performances with many leading European orchestras, including the Royal Concertgebouw Orchestra, MusicAeterna, B’Rock and Gabrieli Consort. Israel has featured on recordings of both renaissance as well as baroque repertoire. His debut solo album, Raclerie Universelle, was released in 2013 and was a result of a passion for 17th-century French guitar repertoire. This led to a series of solo recitals in The Netherlands and Japan.
More recently Israel has collaborated with renowned conductor Teodor Currentzis in creating basso-continuo accompaniments for Mozart’s Don Giovanni and La Clemenza di Tito.
In November 2021 Israel’s new solo album In the Garden of Polyphony was released by the German record label Solaire and contains 16th-century French music for lute and renaissance guitar. 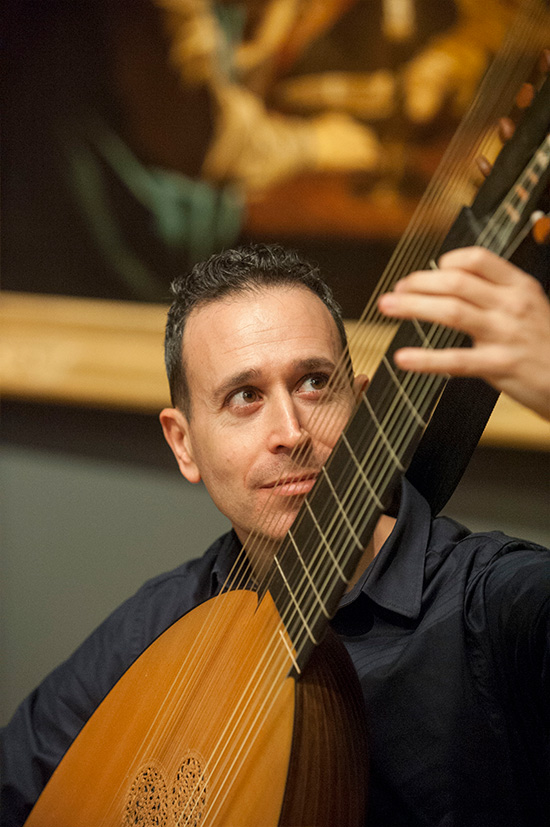